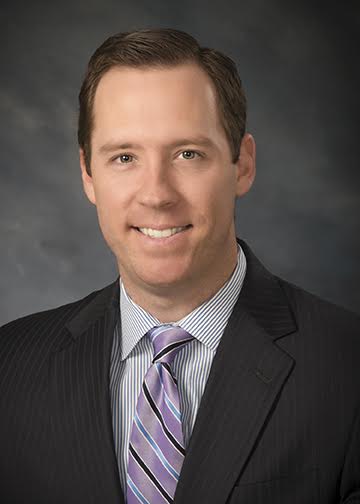 Florida is attractive to residents living in higher tax locales, as one of only seven states without an income tax or state level estate/inheritance tax.  However, establishing Florida domicile is no longer a simple process, as more aggressive tax collection by other states has raised the bar on what steps are required to truly relocate to the Sunshine State.

Shifting one’s domicile to Florida carries significant tax advantages from the standpoint of income and estate/inheritance taxes.  However, a change in domicile requires a serious commitment and change of lifestyle, which some taxpayers may not be prepared to undertake.  There is no minimum checklist of requirements that can be easily fulfilled to ensure such a change.  Rather, the taxpayer must have a genuine commitment to move to Florida, stay in Florida, and, more importantly, break ties with his/her old state.  Many times, friends, family, and business associates in the prior state make it difficult for a taxpayer to establish sufficient Florida ties.

The residency rules of other states often create roadblocks for taxpayers seeking to break ties and establish Florida domicile. In addition, state tax auditors are currently conducting thorough examinations to determine a taxpayer’s domicile and/or residence, based on day-counting exercises and other factors.  Under prior laws, if the taxpayer spent the majority of time in Florida, changed his/her car registration, registered to vote, and obtained a Florida driver’s license, he/she would have a solid basis for claiming Florida domicile.  That attitude has changed, and state tax authorities are taking a more aggressive approach, such that minor cosmetic changes no longer suffice.  One such recent example, involved the location of the taxpayer’s pets, which became a relevant factor during audit.  The cookie-cutter solutions of yesteryear are no longer effective.

Typically, it is the tax authorities of the prior state refusing to relinquish claims against the taxpayer that pose the greatest obstacle.  Various state audit guidelines force the taxpayer to provide evidence of an intention to change domicile, and auditors require a very high level of proof.  Some states provide a laundry list of factors which will help to establish domicile elsewhere, but the process is nonetheless subjective.  Other states do not provide a statutory list of factors.  In either scenario, it is important to engage a local CPA or attorney, in coordination with your Florida attorney, who can review state law, in order to determine the necessary criteria.  An intersection of counsel in both jurisdictions is critical to ensure success.

As a first important step from a Florida perspective, taxpayers desiring to establish Florida domicile must spend the majority of their time in Florida; the rule of thumb is six (6) months and one (1) day.  Keeping an activity log and detailed records are also strongly recommended.  If possible, holiday and special occasions should be celebrated in Florida.  The taxpayer must also be prepared to make other comprehensive changes, which include transporting “near and dear” personal items from the old state and restricting business and social contacts with individuals in the old state.  It is no longer enough to buy a Florida condo, while retaining everything else in the prior state, such as country club and golf memberships, bank and brokerage accounts, boat and vehicle registrations, religious affiliations, and even cherished items, like family heirlooms.

In addition to the above, new residents should also file for a homestead exemption and a declaration of domicile for Florida real property.  Note that it is very important to terminate any homestead exemption in the former state, as Florida tax authorities are vigilant and penalties are severe for taxpayers attempting to claim two (2) homestead or similar tax exemptions.

Estate planning considerations, including state level estate/inheritance tax, should also be high on your list.  Sometimes, people are surprised to get a letter from the tax authority in their former state after a family member passes away.  Not taking the proper estate planning steps can be costly for those who come from states which levy estate/inheritance taxes.  New Florida residents should take the opportunity to update their estate planning documents by having a new Will and/or revocable trust prepared, in order to state, specifically, that they now reside in Florida, and to ensure that their documents are in conformity with Florida law. Powers of attorney, health care proxies, and advance directives should also be revised.  Doing so not only ensures that estate planning documents reflect someone’s current intentions, but it also checks off one of the criteria for establishing Florida domicile.

Those who continue to have income sources in their former state, such as an active business or rental property, may still owe state income taxes there as non-residents, even if they properly establish Florida domicile.  Many of our clients are retired, but still maintain active busines interests in their former state.  Such clients can run into significant tax issues if they regularly travel back to the prior state for business, thereby triggering residency issues.  Such issues require careful analysis in order to mitigate income tax in the prior state and to avoid any pitfalls.

Effective in 2018, the federal income tax deduction for state property, income, and sales taxes were capped at $10,000, which can create significant additional tax liability for some taxpayers.  California, for example, has a top marginal state income tax rate of 13.3%.  This change in federal tax law, combined with states’ dire need to raise revenue due to Corona Virus, will likely only embolden taxing authorities to pursue taxpayers more vigilantly in the future.  Even if someone is merely contemplating making Florida his/her domicile, starting to take steps a year or more in advance is prudent.  If you, a family member, or a friend are interested in learning more about establishing Florida domicile, Norton Hammersley is ready to assist you in planning and implementing such a change.  Please contact Attorney Christopher Fowler (cfowler@nhlslaw.com) if you have questions or require assistance with any of the issues discussed above.