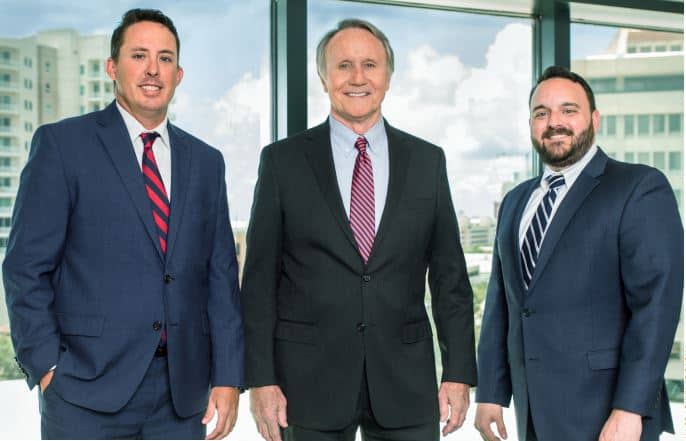 Choosing to live in a neighborhood governed by a condominium or homeowners association means residents live within “the rules”, which can govern everything from pets and plantings to paint colors and porch enclosures. Whether you love the rules or hate them, legal issues can arise for both residents and boards of directors when those rules are ignored or enforced inconsistently.

“The rules” is shorthand for the framework within which residents in condo and homeowners associations agree to live. These generally include the governing documents of the association, commonly consisting of the community’s articles of incorporation, bylaws and declaration of covenants, conditions and restrictions along with rules and regulations. They are designed to protect property values, and an association has an obligation to enforce them. Homeowners can sue boards to require enforcement.
“Issues arise within associations when the board of directors has not been enforcing certain restrictions. However, even when restrictions have not been enforced, there is a way they can get back in the game and enforce them moving forward,” said attorney Philip Hammersley, shareholder of Norton, Hammersley, Lopez and Skokos, a Sarasota law firm concentrating in business, tax, real estate, trial practice, dispute resolution and community association law.

“The reason this issue is important right now is that we are seeing a lot of turnover on boards with new members coming on. These boards must decide how to enforce restrictions, but still have a pleasant community where people want to live,” said attorney Derrick Maginness. This is a fine line to walk and, for a variety of reasons, boards sometimes elect to allow exceptions to the rules for particular individuals or overlook violations.
The downside to this approach is that not enforcing a particular restriction with all homeowners can affect whether it can be applied in other cases. This inconsistent application of rules allows homeowners to raise a defense of selective enforcement should the association pursue a legal remedy. “One way an association may successfully overcome a selective enforcement defense by an owner is to contend that the owner’s violation is not comparable to previous violations that were permitted,” said attorney Erik Hanson, citing an arbitration case from 1994. In that arbitration, the association previously allowed a homeowner to have a parakeet despite a no-pets restriction. When a new owner bought a home and wanted to keep a dog, the association sought to enforce the no-pets restriction, and the owner raised the defense of selective enforcement, relying upon the previous approval for a parakeet. The arbitration panel sided with the association, holding that a dog is substantially different from a bird because they are indoor pets Hanson said.

Fortunately, it is simple to reinstate enforcement of a restriction. The board communicates to homeowners that it intends to begin enforcement of that restriction by a specific date. It can grandfather existing violations or allow sufficient time for homeowners to bring their properties into compliance. The courts upheld this procedure in where many homeowners had enclosed balconies without obtaining required association approvals. The association notified owners that it would bar any future enclosures and order removal of those built without approval moving forward. Subsequent to the notice being delivered to the members, Chattel Shipping enclosed its balcony without permission. The association’s demand for removal was upheld because the owner installed the enclosure after the association’s announcement of the change.

Board members also should ensure they are correctly following procedures outlined in the documents. In one instance, a board president emailed approval for a homeowner to install hard flooring despite prohibitions in the documents due to noise concerns for downstairs residents. An appeals court ruled the flooring had to be removed because the documents required written approval of the board rather than an officer. It also denied the homeowner’s claim of selective enforcement. Although hard flooring had been permitted in other units, the court ruled those units were significantly different because they did not have downstairs neighbors.
Homebuyers also need to be vigilant. “It is important, when purchasing in a deed restricted community, to be sure there are no restrictions violations of any kind or you could become liable for those violations. A properly drafted estoppel letter can help provide protection,” Maginness said. “One homebuyer asked if there was any open violation of rule or regulation noticed in the association official records. The estoppel letter stated that there were none noticed in the official records. However, that doesn’t necessarily mean there aren’t violations at the property. Consulting an attorney can help assure you are protected.”

Associations may lose rights to enforce restrictions in other ways than through selective enforcement, including one that is currently developing. The Florida House of Representatives is considering HB 987, which asserts homeowners have a right to use their properties as vacation rentals and preempts local regulation of rentals, giving that power to the state. “This could have implications for associations’ ability to enforce restrictions on rentals, which are in place to protect residents from the disruptions and nuisance that can go along with short term rentals,” Hammersley said. “We stay on top of any changes to the law that may affect our clients so they have the opportunity to respond proactively.”